In order to study the ability of ProQutin to inhibit the inflammatory response, an in vitro study was carried out: in a system where an inflammatory condition was purposely induced (under LPS stimulus), we evaluated the production of factors involved in the recruitment of anti-inflammatory cells, such as the pro-inflammatory cytokine TNF – α and Interleukin – 6 (IL-6).

TNF – α dosage analysis showed that the treatment with the mixture ProQutin (at all tested dosages) was able to significantly reduce the release of the inflammatory cytokine, indicating that a low inflammation state was achieved after LPS induced stress. Interestingly, the complex ProQutin, resulted particularly effective to maintain TNF – α at normal levels giving a total protection in response to the LPS stimulus.

IL – 6 dosage analysis showed that in all experimental condition evaluated (total or partial absorption), ProQutin determines a significative decrease of the expression of this cytokine, indicating a minor activation of inflammatory process after LPS induced stress: this happened both for the sample as it is and for the sample subjected to intestinal absorption simulation. Also in this case, the complex ProQutin, resulted particularly effective in maintaining IL – 6 at normal levels giving a total protection in response to the LPS stimulus.

According to the data obtained and reported in this report in reference to the applied experimental protocol, we can assess that the mixture ProQutin has shown a significant potential in the activation of immune-modulatory mechanism in response to inflammation. 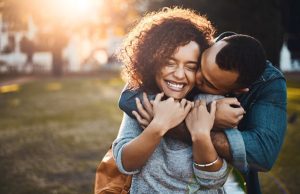